Wyld Wynd Welsh Springer Spaniels
We have set this page up to feature pictures of our puppies as they grow.  It also includes the puppies of our friends and fellow breeders.  A Major dose of cuteness. 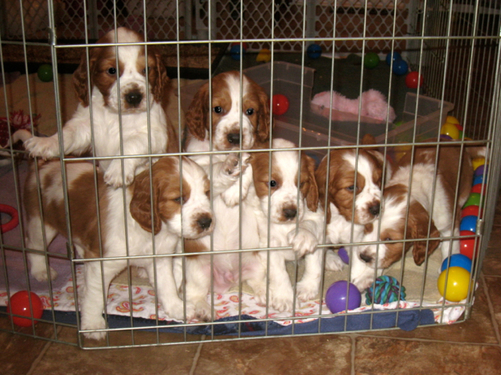 No Playing Or Sleeping In The Litter Box Please….
First Trip Outdoors…The pups got to go outside today for the first time.  Oh what fun!!  They stood there for about 10 seconds and then off they went to explore every corner of the puppy pen.  They romped and played for over 1/2 hour before one by one, they fell asleep. 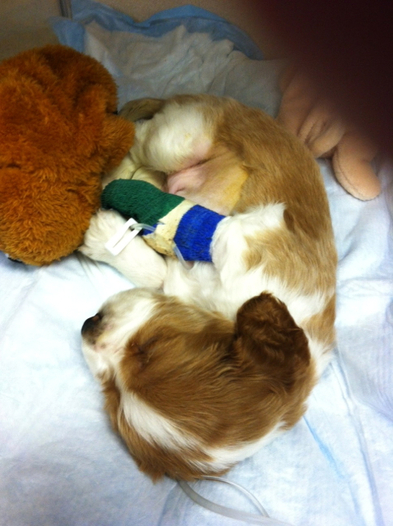 Little Dill in Intensive Care...
Little Dill had to go through surgery at 3.5 weeks of age for the removal of the ileum between the big and small intestine.  A biopsy has been done to try to determine what caused this to happen.  We are waiting for the results.
We want to thank Dr. Jensen and her wonderful staff at the Wellington Veterinary Hospital who ran the tests to help us figure out what was wrong with Dill.
And to all the Doctors, Nurses and even the receptionists at Four Seasons Veterinary Specialist who performed the surgery and gave him the loving support he needed throughout this ordeal.  Thank you, Thank you, Thank you!!

First Food and some down time

Two Weeks and getting bigger 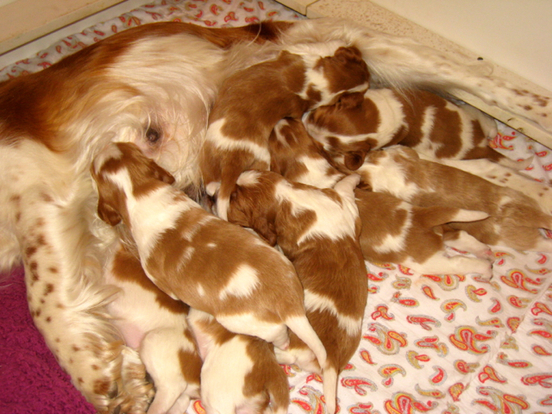