09/05/14 was the Rocky Mountain Welsh Springer Spaniel Club's first Regional Support Entry show with the Evergreen KC shows on Sat. and Sunday.  There were 20 Welsh entered ranging in age from 6 months to 12 years old, and coming from as far as GA, AR, UT and AZ.  What a fun time we had meeting new friends and catching up with old ones.  Next year, the RMWSSC will host the Regional WSS Show for 3 days in conjunction with the Greeley KC, to be held mid August.

Cayla earns her championship may 25, 2014 going best of breed 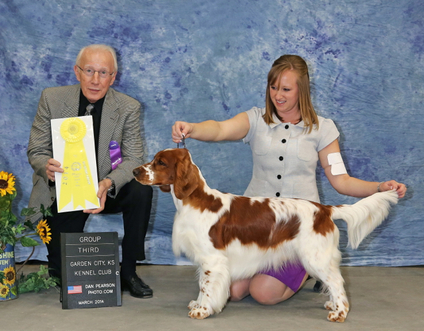 ​Boone goes Best of Breed all three days with a Sporting Group 3 placement on Sunday, at the Garden City, Kansas Kennel Club.
Thank you to Tina Secord-Bunn for handling our Goofy boy! 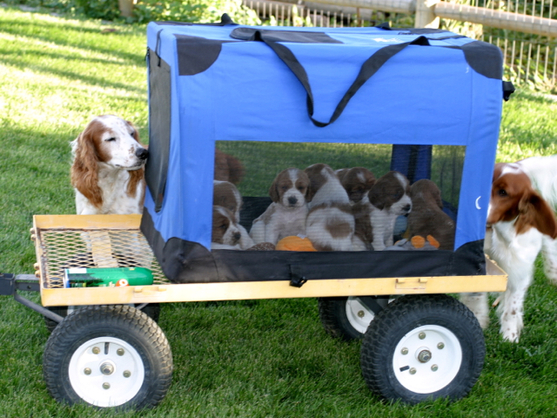 Traveling in style in the "Pup Mobile" from the house to the outside pen. Look under puppy pictures for more outside fun. 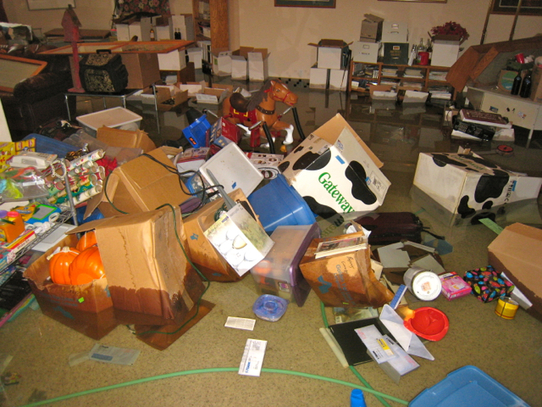 Despite the recent flooding in Colorado and fifteen inches of water in our basement, life continues. The puppies are well and Quinn is an excellent mother. We feel fortunate here at Wyld Wynd to be blessed with healthy, happy puppies. 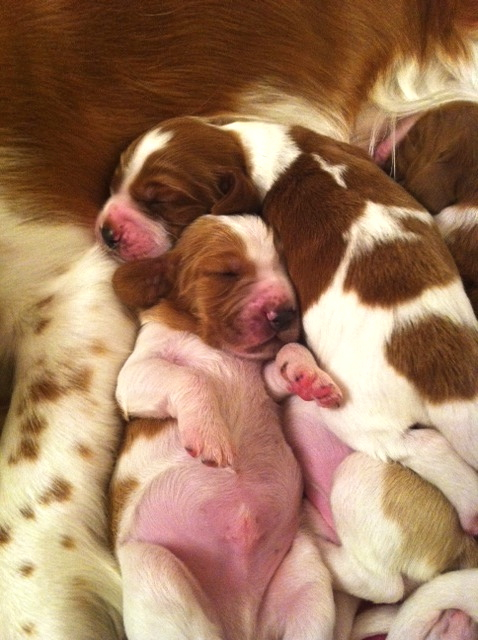 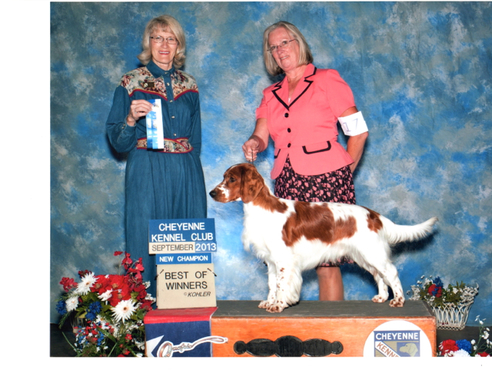 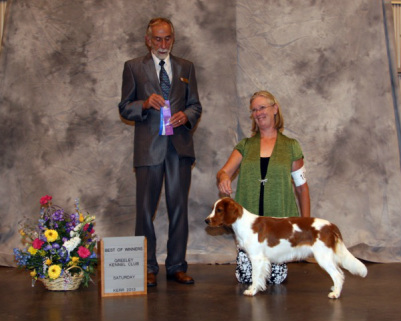 Cayla went Best of Winners for a three point major at the Greeley Kennel Club show on 8/17/13. 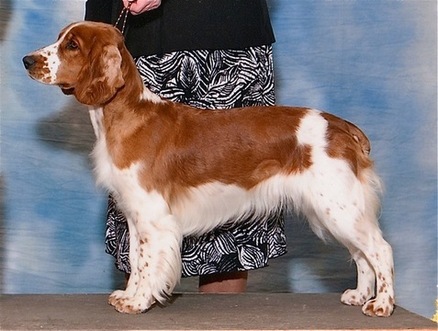 Quinn is the second pup from the Dafydd/Mare litter to earn a championship title, finishing at the Buckhorn Valley Kennel Club show with a 4 pt. Major in Oct. 2012.


She later earned her first 4 pt. Major and Grand Championship points going Best Opposite Sex at the Sporting Dog Fanciers of New Mexico show on Sunday in November.

CH Rocksprings A River Runs Through It (Tippet) finishes! 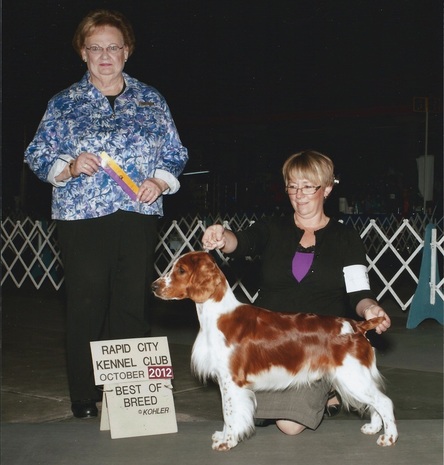 Tippet is our first champion from the Dafydd/Mare litter, earning his title at the WSS National Specialty weekend support entry.  He later went on to win Best Of Breed for his first Grand Championship points at the Rapid City, SD show.


Tippet is owned and shown by Kit Goodrich of Rocksprings Welsh Springer Spaniels. 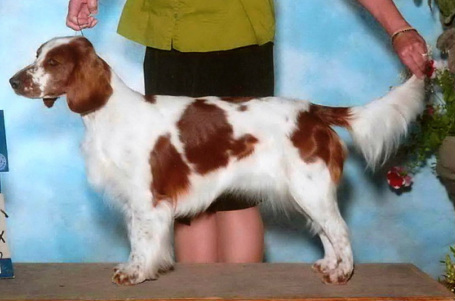 Scout finished in style at the Colorado Springs Kennel Club show in June 2011 with a Best of Breed win and a Group 3 placement on Saturday!  She was shown that weekend by Kit Goodrich of Rock Springs Welsh Springer Spaniels.  Thanks Kit!
Powered by